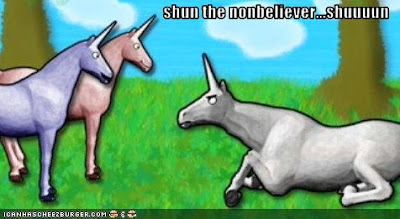 I have not been this tired since my internships in Kentucky. Oh. Em. Gee.
Eventually I got used to all the work and managed to run after hours too. I also ate like a cow and had nothing to show for it. It was awesome!

So my shifts yesterday and today were from 7 AM to 3:30 PM. Honestly, not that bad. The only really sucky part is having to wake up at 5:15 AM, which is also similar to my wake-up time in KY. The exhausting part is being on my feet 8 of the 8.5 hours I am there...and having crappy inserts in my rubber boots that don't cushion (my bad for not buying Dr. Scholl's and getting an off-brand instead).

Yesterday was my first day. I did a lot of standing around watching everyone else work. I did get a little bit of training/education but not a ton and I felt so inept compared to all the techs. I have soooo much to learn! I did get to help in NICU (neonatal intensive care unit) with an enteritis foal and Medicine with a 106* fevering mare. I don't know if they figured out what was wrong with her yet.
Today I got to do a lot more, which was greatly appreciated. After helping out with the NICU foal in the morning and not being able to complete a basic math problem in helping create the proper dosage of meds (doh...so dumb!), I was put in the ICU barn where we had 3 horses. One was a 5 year old filly with a bowel torsion who eventually went off to surgery. I got to hold/twitch while they put in a new catheter, which was cool to watch. A gelding had had colic surgery yesterday and wasn't feeling well. I got to see how they put in a nasogastric tube to flush his stomach out (horses can't vomit, so when their tummies hurt, they have no way of eliminating the contents; the tube does this for them). Another gelding had also had surgery but was a few days post-surgery so he was bright and chipper. I got to walk him for 10 mins in the parking lot. I was warned he was flighty and crazy, but he and I had a great time on the lead with no chain shank. Baller status right here! I also ran a bunch of errands and got to fill up a syringe with some sort of solution.

Hopefully tomorrow I get to do more but I also don't know how to do much, so my "doing" might not be much. They don't exactly want me screwing up something important and having to explain it to the owner. I do need to learn how to do stuff, though, so hopefully I can get some training!
Posted by Jennifer at 7:37 PM

Jennifer
My name is Jen. I live in California and am a vet tech at an equine hospital. I love to run and workout, cook, craft, listen to music, and spend time with my family and friends.